Movies Made Easy with Technology There are hints, videos, peer and then raise their hand if they need more assistance.

They offer multiple resources for students on their work.

He can see how each student is doing on a problem and see which student is having difficulty on which problems.

Shaina, great observations and well articulated. Each student has the opportunity to work at their own pace.  The program identifies their strong and weak areas of math.  The hints, video, and steps to the problem not only engages the studernt but allows the teacher to make personal observations of each student progress but those needing help.  I like the trackers and individual lesson plans.  The program ID's steps needed to complete asignments and comprehension of standards.

1. Through Khan Academy, student have opportunities to get hlep before asking a teacher. How does this allow for effective differentiation? Working in Khan Academy students are engaged in working 1 on 1. They are focused. This gives the teacher time to work with the students that are struggling and needs his assistance.

2. What element of Khan Academy are responsible for student engagement? Khan Academy offers practice exercises, instructioal videos, and a personalized learning dashboard that empowers them to study at their own pace.

3. How does Mr. McIntoch use Khan Academy as an assessment tool?

Teachers can filter their students by class in order to make monitoring class work simplier.

1. Through Khan Academy, students have opportunities to get help before asking a teacher. How does this allow for effective differentiation? Since not all students have the same learning styles, this allows them an opportunity to utilize technology. Students who use the Khan Academy program are able to watch videos. For the grade level that is discussed, Math problems can have several steps. With Khan Academy, there are "hints" for each step.  With the use of Khan Academy, teachers can now have time to help other students who may need direct help.

2. What elements of Khan Academy are responsible for students engagement?  Students enjoy using almost any form of technology. By watching the videos and going through the math problems in Khan Academy, they may be for focused and can work independently. This may also help them feel more responsible for what they are learning. Without the use of Khan Academy, students would have to wait until the teacher could get to then to offer feedback which keep them from moving on with the problem. They are not being engaged. With Khan Academy they get instant feedback allowing them to move on.

3. How does Mr. McIntoch use Khan Academy as assessment tool?  Mr. McIntoch can go into Khan Academy and see where students are in their understanding of the concepts: are they proficient or are they struggling. He can go into what is called coach mode and see what exercises the students have completed and how they have progress and who has not. He can check the results for each student, what they have understood and where they are in the program, and who might possibly need one on one with their teacher. 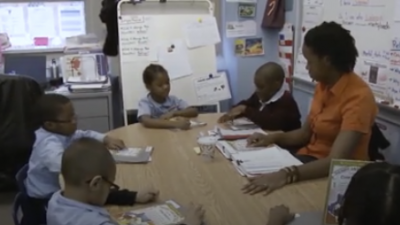 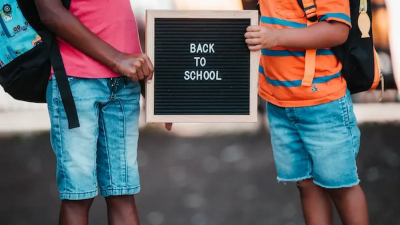 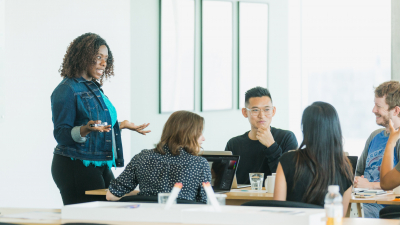 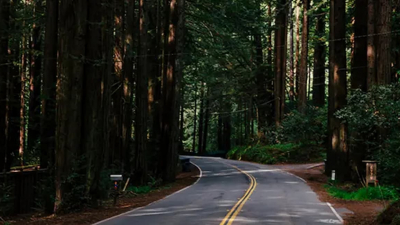